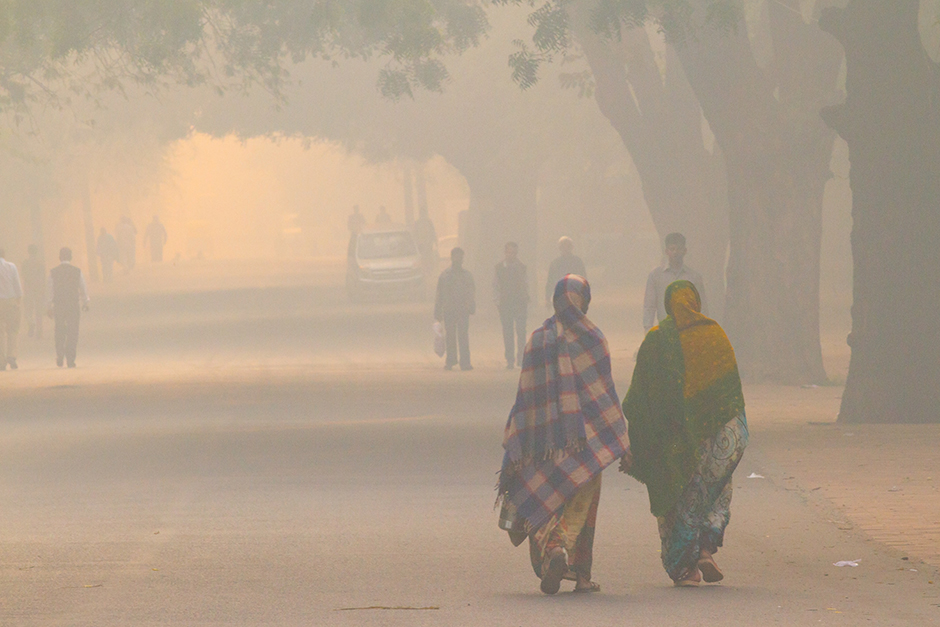 More than 4.6 million people die each year from causes directly attributable to air pollution. This means that air pollution is responsible for more deaths worldwide than automobile accidents.

UCI anthropologists Kim and Mike Fortun tackle this heavy topic in their research on environmental risk and disaster. They use experimental ethnographic methods to understand how people in different geographic regions and organizations deal with environmental problems, health risks, and major disasters. Their fieldwork has spanned highly populated regions in India, China, and the United States focusing on catastrophic disasters and more recently on slower moving disasters, including air pollution.

They’ve found that scientific research on the sources and health impacts of air pollution has consolidated impressively in recent decades, showing that air pollution is not only responsible for a host of respiratory ailments, but may also contribute to conditions like Alzheimer’s and diabetes. Working with collaborators around the globe, they’ve found that air pollution has reached dangerous levels in India and is responsible for a growing number of health concerns.

With their research, new understanding of the significance of air pollution is transforming approaches to public health, challenging governments at municipal, state, regional, and national levels as well as organizations like the World Health Organization. •