The Brain and Perception | Brilliant Future 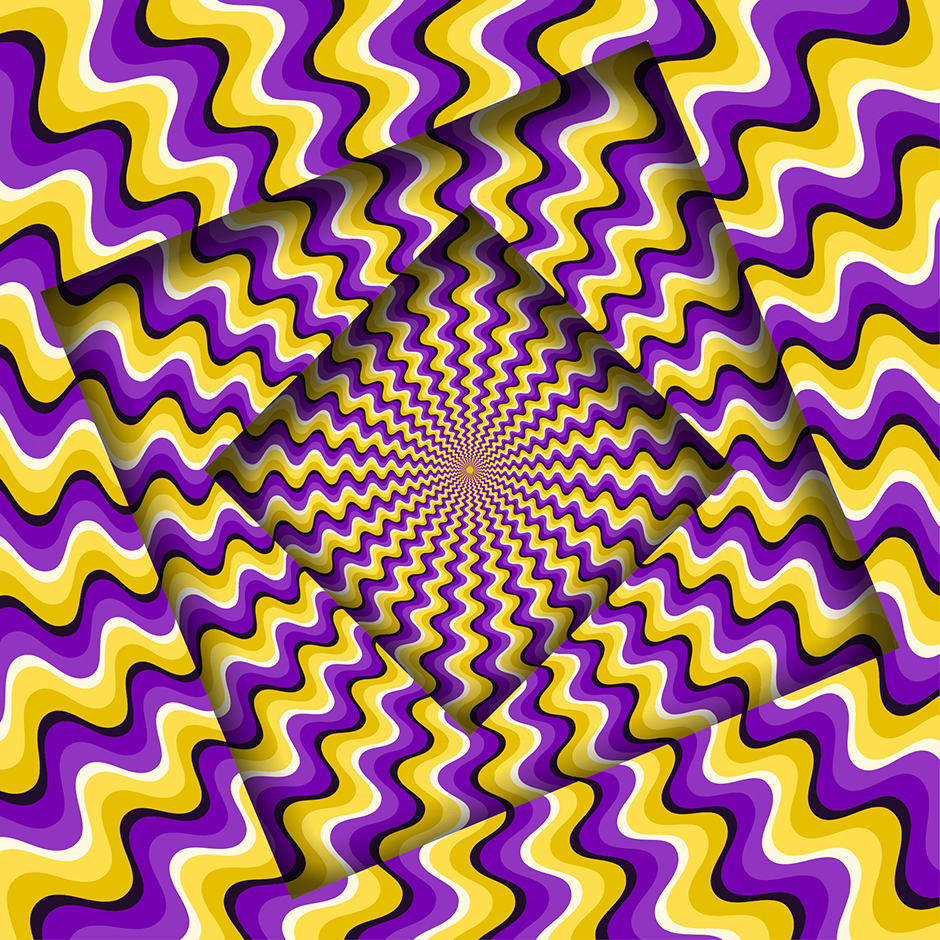 THE BRAIN AND PERCEPTION

UCI vision scientist Donald Hoffman says evolution has trained humans to construct reality, rather than to see the world as it truly is

Perception is not objective reality. Case in point: The left-side image is stationary and flat…just try telling your brain that. In his new book, The Case Against Reality, UCI cognitive scientist Donald Hoffman applies this concept to the whole of human consciousness – how we see, think, feel, and interact with the world around us. And he thinks we’ve been looking at it all wrong.

“I’m interested in understanding human conscious experiences and their relationship to the activity of our bodies and brains as we interact within our environment – and that includes the technical challenge of building computer models that mimic it, which is why I’m working on creating a model that explains consciousness,” he says.

Current scientific approaches assume there to be a pattern of neural activity that makes us experience things like the taste of a nut or the appearance of the color red. But, says Hoffman, there are no formal theories that explain this.

“As a scientist, I propose a theory and then try to prove the theory wrong, to test its validity,” he says. “Because there is no mathematical theory explaining the pattern of neural activity that creates consciousness, it may mean we are making a false assumption.” He argues instead that consciousness creates neural activity – that humans have evolved to see what’s needed for survival. Perceptions, he says, are a user interface, but not necessarily reality.

A vision scientist, Hoffman’s work has caught the attention of those in the scientific and spiritual communities for its attempt to understand qualities that make the human experience, well, human. In 1998, he published Visual Intelligence, which introduced 35 rules governing the perception of line, color, form, depth and motion. The book explains how people process two-dimensional images to create a 3-D environment – or how individuals use vision to construct the world around them. The concept, which comes from evolutionary psychology, is that humans have adapted in certain ways over time to survive and thrive.

He lectures on the topic in his undergraduate psychology courses, and he gave a TED talk in 2015 on the idea that people may be perceiving the world as they need it to be, rather than as it really is. As of fall 2019, it had more than 2.7 million views. He’s frequently cited in and interviewed by the media and he appeared on “Through the Wormhole with Morgan Freeman” in an episode titled “Can We Handle the Truth?” His work was the topic of a live-streamed New York Academy of Sciences event in February, and in August, he took center stage again in the Big Apple – this time at the Rubin Museum of Art– with spiritual guru Deepak Chopra at a signing event for Hoffman’s newest book.

The field of vision science is really powerful,” he says. “The notion that we are constructing our own realities ties into so many different areas. These ideas can be used in many ways – including in marketing and advertising to change the way people experience a product.”

And now, he’s diving deeply into the topic of consciousness, its roots in evolution, and his plan for trying to explain through science the very things that make us all human. Read more: socs.ci/caseagainstreality •