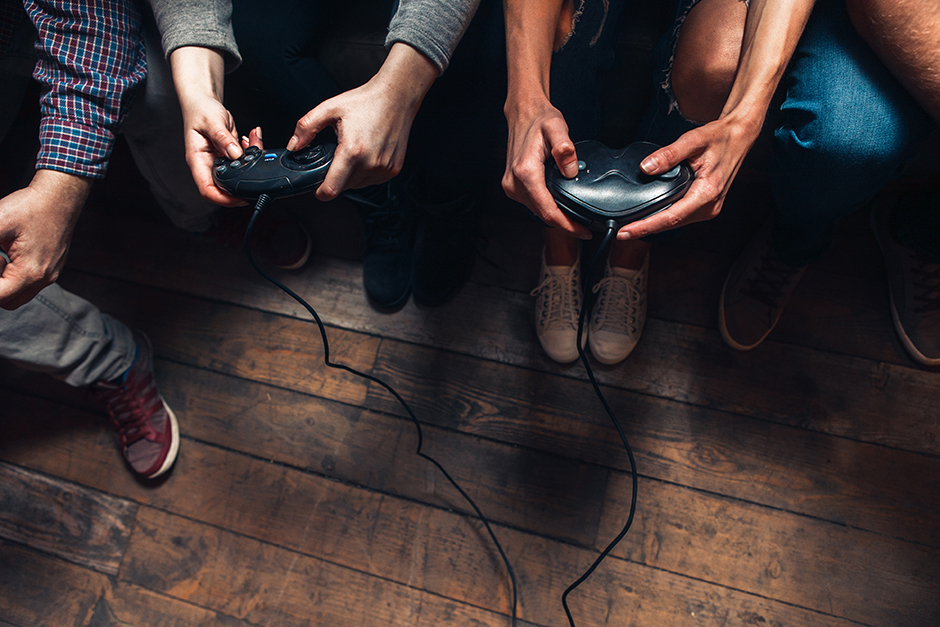 Akil Fletcher was only 9 years old the first time a racial slur was directed at him through an online game. Today, as he plays video games with his 4-year-old daughter, he worries about her experiencing the same thing.

The first-generation graduate student at UCI has turned his lifelong love of gaming into the subject of his research for a Ph.D. in anthropology: the online experience of black gamers.

“I’ve seen the way people treat women and people of color online and I know I can’t change it, but maybe I can assuage it,” says Fletcher.

This year, Fletcher earned a prestigious National Science Foundation (NSF) Graduate Research Fellowship, which provides funding for outstanding graduate students in NSF-funded disciplines. In 2019, only 31 anthropology graduate students in the entire country received the honor. The funding will enable Fletcher to spend his time focused on research activities and opportunities to apply for additional travel stipends to attend academic conferences to present his work.

“A growing body of scholarship uses anthropological theories and methods to look at how humans interact with technology and how technology is shaping society,” says Tom Boellstorff, professor of anthropology and Fletcher’s advisor.

“At the heart of the issue is not just a concern about the technology, but what humans are doing with it. Akil’s research contributes to a growing body of work in digital anthropology that helps us think about what happens with humans online.”

Getting online
Born in Trinidad and raised by a single mom in Brooklyn, New York, Fletcher was among a few kids in his East Flatbush neighborhood to have constant access to a computer.

“My mother, like most immigrants, believed that education and technology would break the economic shackles that bound me, and saw the computer as a tool to facilitate my success, despite what it cost,” Fletcher says.

As he grew up, Fletcher’s time on the computer evolved from strictly using educational CD-ROMs to web surfing and eventually playing massive multi-player online games, or MMOs. He thrived on connecting with gamers all over the globe, and participating in online culture and communities. But he also experienced the gaming world’s systemic racism - from the stereotypical ways black characters are portrayed in games to the frequent use of racial slurs by players.

At Kingsborough Community College, and then City College New York, Fletcher hardly had any time for online gaming. He worked as a security guard to support his wife and newborn daughter, while also working as a research assistant on an NSF-funded project exploring gentrification in Brooklyn. Convinced that higher education would change his life and his family’s life for the better, Fletcher considered going into the armed forces to help pay for a master’s degree. He was surprised and delighted when one of his professors told him that if he earned his doctorate, he could get paid to go to school.

Powering up at UCI
Fletcher found UCI to be an ideal place to study the multi-billion dollar gaming industry. Southern California supports a thriving gaming community, and UCI has some of the strongest collegiate esports teams. Plus, gamemakers Blizzard and Riot are headquartered in the Southern California area.

As an undergraduate, Fletcher read Boellstorff’s seminal work on internet ethnography and hoped to be able to conduct research with him. Then, when Fletcher visited UCI, he was impressed by how the Department of Anthropology’s faculty and students welcomed his wife and daughter, making the program family-friendly. Clinching the deal was the Competitive Edge Summer Research Program, which invited him to campus early to get oriented to graduate student life. 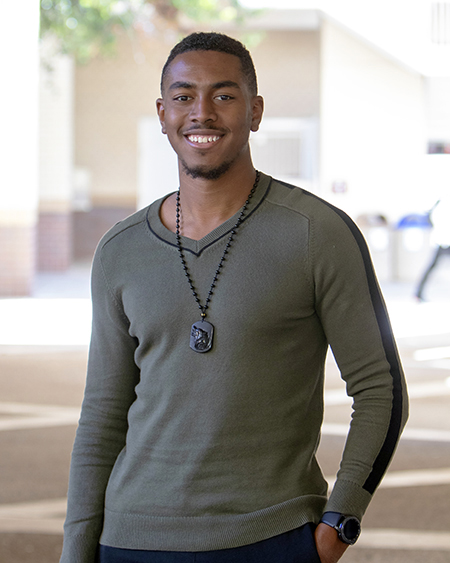 “Competitive Edge helped with common issues like imposter syndrome,” says Fletcher. “It also helped me meet and connect with people across campus, so now I have a network of researchers in other fields across the university who I can go to.”

He now serves as a mentor in Competitive Edge, helping other students get acclimated to the campus and research, and providing pointers for a new wave applying for NSF graduate research fellowships.

Racism in real and virtual worlds
Fletcher hopes his research will answer questions about how individuals navigate online gaming spaces, and how virtual worlds can be made more fun and safe for people of all colors, genders, and sexual orientations - which will expand existing research on how black people navigate hostile spaces in real life. In addition to conducting research online, Fletcher will meet with gamers in real life, visiting the physical spaces in Southern California where gamers congregate and play.

Fletcher points out that video games rarely include black characters, and when they do, the characters tend to lean heavily into stereotypes. The widely held belief that there are relatively few black gamers playing only exacerbates the situation. Fletcher adds that there are multiple socio-economic and cultural barriers - for example, the high cost of gaming PCs, and that gaming consoles are much more popular among those on a budget - which further entrench this idea. Today, game developers like Riot and Blizzard support high school teams in competitive online gaming, which Fletcher thinks will likely increase the diversity of players in the future, but he is still concerned about which high schools will take priority for these companies.

Despite the ways that game developers have contributed to creating today’s online gaming culture, there are limits to what they can do to change it. As Boellstorff says, “One thing we’ve learned is that companies will try to put technological bandaids on things that really need to be fixed socially. We can’t just hope that some new software update will fix society.”

For a kid who grew up loving to play online games, getting to study gaming for his dissertation - with support from NSF - is a dream come true.

“Akil has had various experiences in his life that shaped his interest, and it really helps to have some sort of personal investment in your project,” says Boellstorff. “That’s what gets a student excited and gives them the energy to devote years of their life to studying it.”

Fletcher says the only thing he enjoys as much as video gaming is teaching. That’s why he hopes ultimately to return to New York and teach youth in neighborhoods like the ones he grew up in, where the internet can be costly and expensive gaming computers are still rare luxuries.

Fletcher’s work might just make the real and virtual worlds a little better for those students. •